Do you want to create our new remix single? 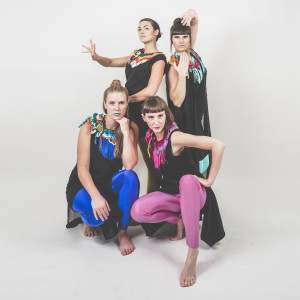 Are you a creative person who likes to twist and turn things around?

Cure-a-Phobia is looking for people who want to do a remix on our feminist song Highly Offensive.

In return we can, for example, do an acoustic cover of your song! Contact us if it feels interesting!

All stems can be found here! Just go for it!

Send the remix to info@cure-a-phobia.com no later than 20/9.

The remix (or a limited number of remixes) will be released on Comedia in October!

who make an effort when

they see a woman in distress,

And gentlemen are men

who hold the door for them

Some of them will when

you hold the door for them

that they won’t know how to get in

And some of them will when

you perform better than them

And then there are all

who think because we’re small

can’t do anything at all

And also there are those

who dance a bit too close

And the sexual remark

from the stranger in the park

to be alone out in the dark

Because there are a few

Who think they should pursue

‘Cause women play hard to get and secretly, secretly want you

and it is highly oppressive

They judge us for the clothes we wear

it is fair to fall into despair

But those who treat us justly and upfront

Yes that is highly effective

and ask us what we really want

that can be truly attractive

Talk equally to girls and boys
Yes that is really reflective

Give equal salary to all employees

It’s messed up that it’s progressive

There’s a chance that we know what we do
Is that so hard to imagine?